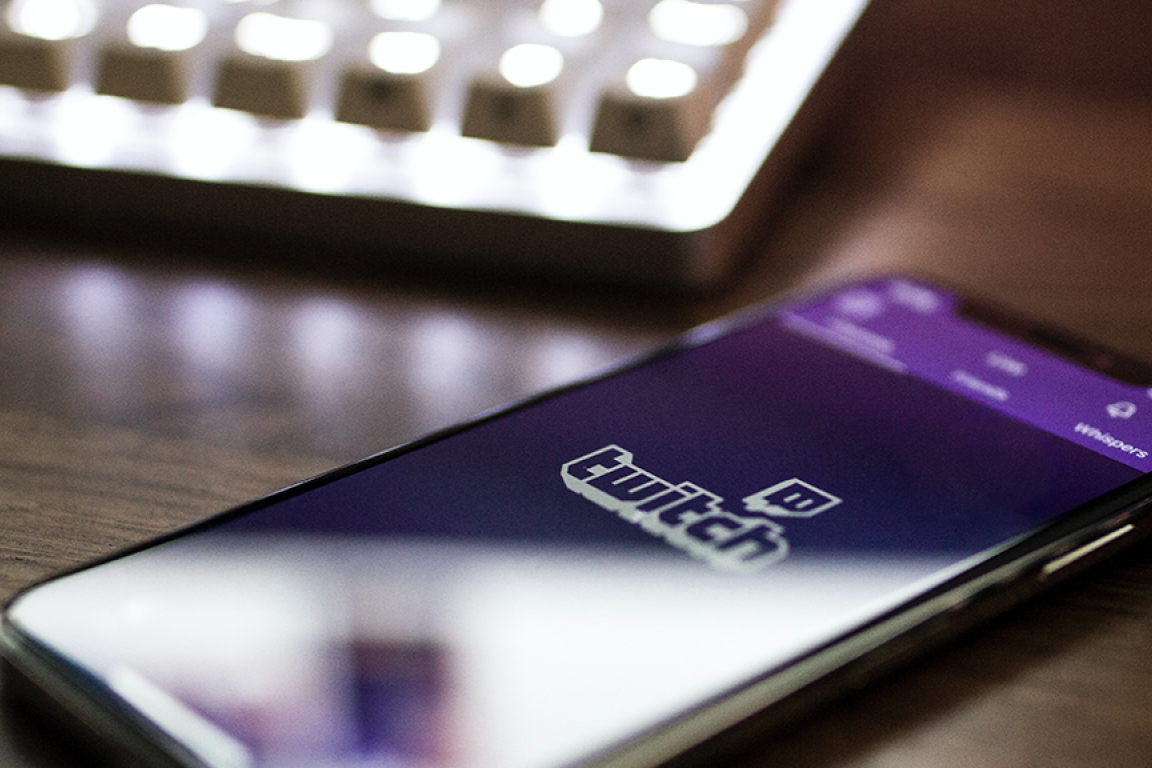 Concert halls, sports arenas and gyms might all be empty right now but livestreaming has allowed these professionals to continue to do their work– and stay connected to friends and fans.

Live streaming has completely changed the way we absorb entertainment. Here at BitBakery, this is often a hot topic of conversation. Social networks have made it much easier to find niche communities to share experiences with in real-time and there are new ways to profit from this.

Streaming giant Twitch.tv best illustrates the trend. With 15 million daily users, Twitch is a  huge online community that presents makers and marketers with a wealth of opportunities.

If live streaming video is the future of media– gamers were the first to plant their flag. Slowly but surely, others are taking notice and following their lead.

Twitch grew from humble beginnings to dominate the online-game-streaming industry. Twitch began as justin.tv, a startup founded in 2005 when founder Justin Kan was studying physics and psychology at Yale.

This “Big Brother-style" site would stream the founder’s  lives 24/7 and later opened up to be available for anyone to stream. This pioneered "life casting," a practice of streaming your life around the clock that became popular as the price of webcams and broadband plummeted.

(If you think you’re virtual experience is frustrating at times now, be thankful it’s not 2007): 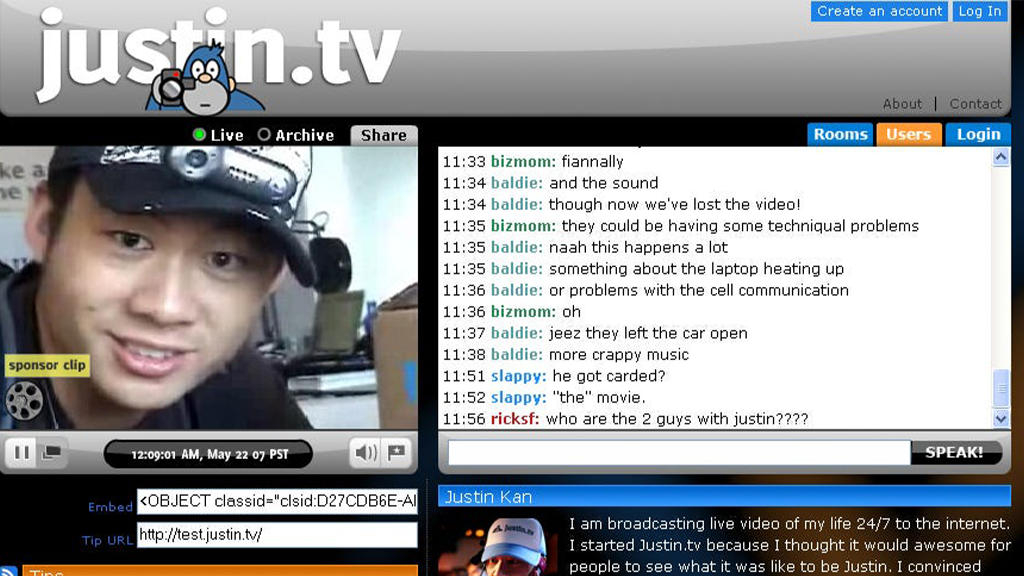 Twitch spawned out of Justin.tv in 2011 when eSports (competitive, organized video gaming) started to rise and it's by far the most popular streaming service for players to use to this day.

Since Twitch started as an online platform for video game streaming, the industry has grown immensely in size. Games and eSports are now the number one  category (wait, people watch other people play video games?? - Wes) streamed on Twitch.

After being acquired by Amazon in 2014 for a whopping US$970 million, Twitch now serves as more than just a game streaming platform. Today, people are taking advantage of the platform to share anything from music, events and talk shows, to geocaching and scam baiters!

There are 3.8 million streamers broadcasting on Twitch in 2020– and anyone can get in on the action.

Take our UX Director Attila Schmidt for example. He streams hours of live DJ mixes for friends and family now that his regular nightclub gig is on hold.

“It’s a great outlet, having an audience makes you focus more and Twitch doesn’t smother you with copyright issues like other platforms do,” said Schmidt.

Twitch is the home of shared live experiences and provides an opportunity for developers to create extensions and impact how streamers and viewers experience games, pop culture and conversations at scale. One of our developers, Edson Mesquita is working on an extension of his own. “I never published it, but I still want to when the next expansion for ‘The Binding of Isaac’ game comes out,” said Mesquita. “It’s cool because extensions allow interaction between viewers and players.”

If we can all agree on one thing about shared experiences– it’s that they build stronger communities.

For Kitchener local and IT professional Fidst, Twitch started four years ago as a side project to help get over a stutter and practice public speaking. Today, it’s become a booming, community driven, family friendly channel. Fidst talks openly about being an IT Administrator–and people love it. Fidst has found that people want to know more about IT professionals and  technology.

“When the pandemic hit, I decided to stream everyday while working so that people could have company, and see what happens behind the scenes in IT.”

For individuals and companies interested in starting on Twitch, Fidst has some advice. “This is not just a hobby, but a project or a job. It is tiring,” he says.  “If your heart's not into it, it will show. This is a living, growing community. If you want to keep going, you have to remember that you may not succeed like the big kids, but you will have a community that keeps you going.”

The humility of freshly minted stars and accessibility to them via streaming has created a new celebrity class for a generation that thrives on being immediately engaged with its entertainers. Streamers can earn through affiliate links, selling merchandise, donations, sponsorships, winning tournaments, subscriptions and advertising.

From gaming to cooking shows, to lo-fi beats over a 24/7 stream of a legal cannabis microgrowery displaying real-time sensor data– there is opportunity anywhere.

While many are using Twitch and similar platforms as a makeshift solution for not being able to perform, teach and create in-person, streaming just might become one of their main revenue streams someday.

All entertainment industries, professionals and beyond can benefit from exploring how their craft can transition to the live-streaming medium,  not just because it offers a potential outlet during this particular crisis, but because live-streamed entertainment is where the future is heading. When we get through this, it’s possible the landscape of the whole world will have changed and adapted to streaming culture. 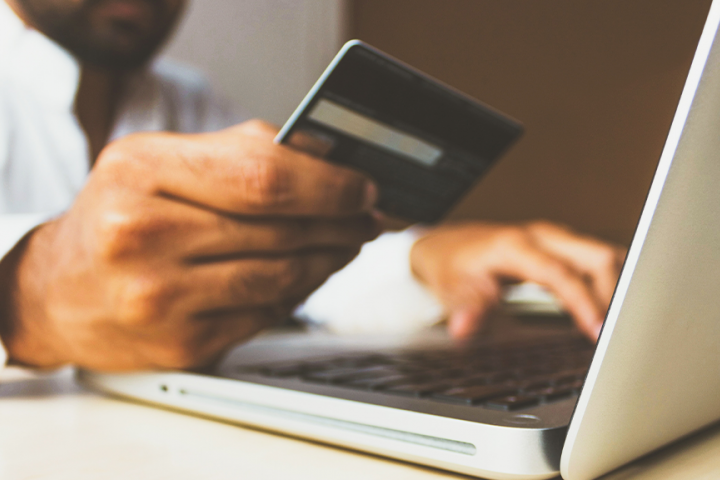 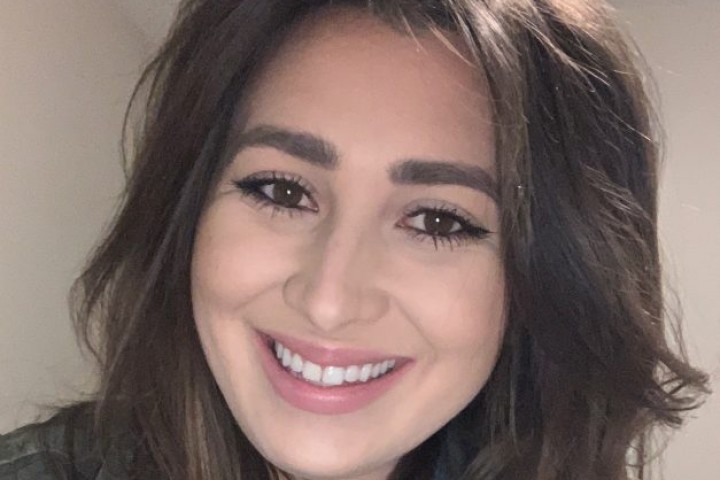 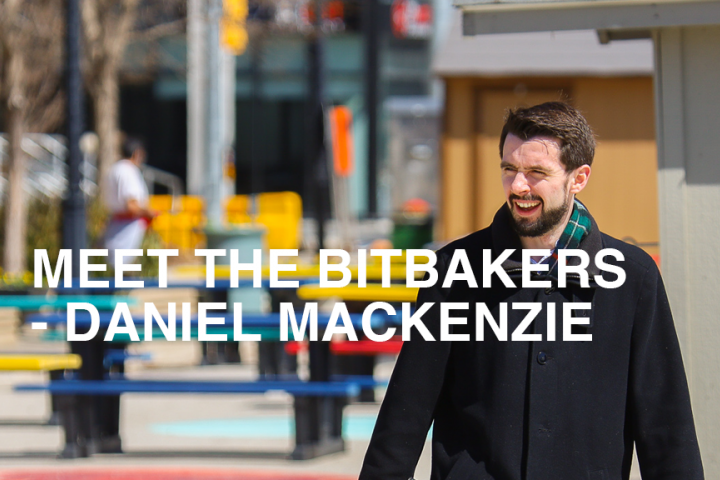